We are delighted to confirmed the cast for our upcoming production Thomas Kent – 1916 Rebel in The Everyman Theatre. 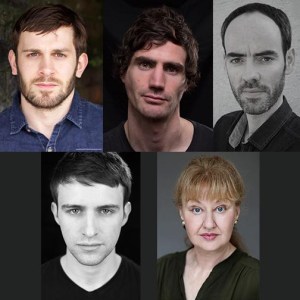 Joseph McCarthy will head up an all Cork-based cast when he takes on the role of Thomas Kent, the only man outside of Dublin to be executed on Irish soil in the immediate aftermath of the Easter Rising of 1916.

A graduate of UCC Joseph’s Theatre credits include The True Story of Hansel and Gretel with Theatre Lovett, The School for Wives and Death Row Cowboys.

Upon being offered the role Joseph quickly accepted saying he was “delighted and honoured to be involved in such a significant production and to be portraying Thomas Kent.”

Of course it is not just about who is playing Thomas Kent. There is much more to the story than that. To understand Thomas’ journey we must explore the complexities of his brothers and his mother.

The story of the Kent family was largely forgotten until Thomas Kent’s state funeral last September, 99 years after his death. To my shame I did not know the story of Thomas Kent until late last year when I met writer Ferghal Dineen at a 1916 event in Cork City Hall. It is an enormous responsibility for us all to be telling Thomas Kent’s story and I am very fortunate to have such a talented and hard working cast to help me.

We had an extensive audition process where we saw 34 local actors. That was whittled down to 16 for the call-back and we held a 2nd round of call-backs with 9 actors before we finally selected our 5 cast members. It is a great testament to the wealth of talent in Cork that we could have cast this production twice over.

I am very excited about what we can all create together between now and May.